As an important storage unit in oil refining industry, crude oil storage tank is widely used in petrochemical industry. According to the regulations in 《National safety supervision bureau: Notice on Further Strengthening Safety Management in the area of Chemical storage Tanks》(No.86, 2014)，for crude oil storage tanks, it is necessary to not only install continuous level meters such as radar level meter, differential pressure transmitter etc., but also install liquid level switches for overfill alarm or dry run alarm.

Flammable, explosive and adhesion are typical characteristics of crude oil. Therefore, the selected liquid level switches firstly must meet explosion-proof qualification, secondly must be tolerable to material buildup to some extent. When the level switch used for crude oil storage tank misses alarming point or makes false alarm, it will greatly increase the risk of crude oil leakage due to overfill and risk of pump damage due to dry run. High reliability becomes a fundamental requirement for the selected liquid level switch in order to avoid malfunction of the level switch for level control of crude oil storage tank.

From the comparison table above, we can see that when float liquid switch is used, the float is often stuck in its moving path because of high viscosity of crude oil and results in failure. It is a kind of low valued consumables in automation industry. For capacitive liquid level switch, problems caused by material buildup happen repeatedly. Its sensitivity has to be adjusted according to the specific dielectric constant and it is difficult to adjust. Also its measuring accuracy is lower. Comparably, non-contact external liquid level switch does not have problems stated above. But when the liquid surface fluctuates too much, the echo signal is easy to be disturbed and the instrument is quite expensive as well. It is not effective to be used in this application overall. Liquid Level Switch is designed in integrated structure without any moving parts. Problem such as parts stuck will not happen to it and its performance will not be affected by waving of the liquid surface. Furthermore, the instrument can be used right after the installation. It does not need to be calibrated.

The reason why Jiwei Fork Level Switch can be widely applied for crude oil storage tanks is because of its following characteristics and advantages:

Many of our customers doubt the ability of liquid level switch to tolerate material build up. For example, the customer in an oil company in Xinjiang mentioned that the company has tried a Liquid Level Switch from another domestic manufacturer for their crude oil storage tank and false alarms due to material buildup had happened. Further communicating with the customer, we found that the liquid level switch selected by the customer is a fork level switch that aimed for both solid and liquid medium level measurement. Its fork body is about 100mm long and there are technical trade-offs in its design so that the instrument can be used for both solid and liquid medium level measurement. In addition, its fork body is not precisely tuned for complete resonance, its power consumption is high and safety of the instrument is low. Further, it cannot tolerate even slight material buildup and inevitably makes false alarms.

Jiwei Ring-11 Liquid Level Switch is different from the instrument stated above. Its fork body is only 40mm long and two fork bodies are completely identical after precise tuned to achieve complete resonance. Measurable medium density can be as low as 0.5g/m³. Jiwei Ring-11 also has higher redundancy for material buildup to avoid false alarm.

According to the feedback from our customers in a few petrochemical companies in Xinjiang petrochemical group, Jiwei Ring-11 Liquid Level Switches have been performing very well in level measurement for crude oil storage tanks. The instruments have been reliably working and never had false alarms since they were installed. 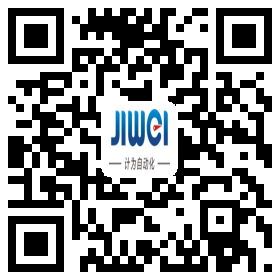